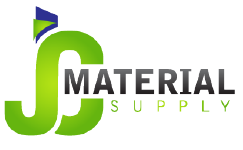 Home
About Us
Products
Project Gallery
Installation Direction
Contact Us

Home
About Us
Products
Project Gallery
Installation Direction
Contact Us

PMMA is a kind of thermoplastic resin, which is flammable and also soluble in organic solvent. Due to its outstanding characteristics such as exceptional clarity, weather resistance, mechanical properties as well as appealing luster among other transparent plastics, PMMA is also commonly known as "Queen of Plastics".
It is often preferred on account of its moderate properties, easy handling and processing, and low cost. Thermoplastic PMMA is typically processed at 240-250 °C. All common molding processes may be used, including injection molding, compression molding and extrusion. The highest quality PMMA sheets are produced by cell casting, but in this case, the polymerization and molding steps occur concurrently.

PMMA can be joined using cyanoacrylate cement (so-called "Superglue"), with heat (melting), or by using solvents such as di- or trichloromethane to dissolve the plastic at the joint which then fuses and sets, forming an almost invisible weld. Scratches may easily be removed by polishing.